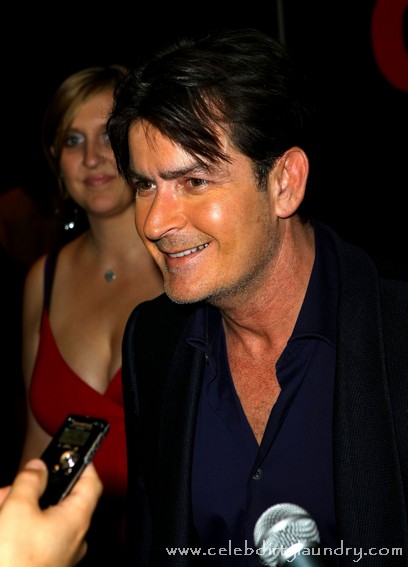 Charlie Sheen was accused of possible anti-Semitism by the Anti-Defamation League last week because he referred to the  Two and a Half Men creator and producer Chuck Lorre by his Hebrew name, Chaim Levine.

Charlie is correctly fighting the accusation, which is very serious especially for an American entertainer.  He has argued that he is not at all anti-Semitic and he’s had his lawyer, Marty Singer, send a letter to the ADL, demanding that they apologize.

Charlie claims he was simply trying to “address the man rather than his television persona.”  To complicate matters, Charlie is not only demanding an apology from the ADL, but in his lawyer’s letter, he’s trying to get the ADL to nail Chuck Lorre for anti-Semitiism.  Marty Singer points out that Chuck Lorre referred to himself as “Chaim” in a February vanity card, in which Chuck wrote about “a lifetime of distancing himself from Judaism.”

Now if Chuck Lorre can call himself ‘Chaim’ in one of his silly self-important vanity cards, then so can Charlie Sheen – and  Charlie should be free to do so without bringing down upon himself the wrath of the ADL.

If the ADL expects to maintain its reputation and clout then they need to exercise a more judicious approach when deciding to label someone as “anti-Semitic.”