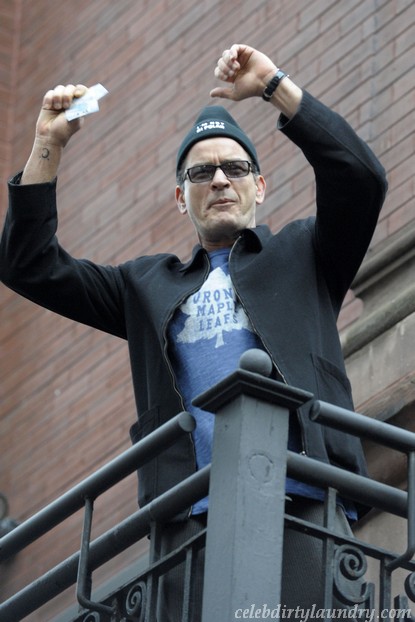 In a move that surprises absolutely no one, Charlie Sheen is going to war with his ex, Brooke Mueller and is seeking full custody of their twins, Max and Bob!

In addition to that, Charlie will also be asking the judge to cut off the $55,000 per month that he’s paying her for child support monthly.

The hearing will take place tomorrow and Charlie’s lawyer will ask to strip Brooke of custody on the grounds that she’s relapsed and has checked back into rehab.

And, if the judge does give Charlie full custody, Gross wants the judge to terminate Charlie’s obligation to pay Brooke $55,000 a month in child support — since she would no longer be incurring those expenses.

Those poor kids. Both parents are really so messed up that it’s just insane. I feel for them in this situation, because you know that they’re the real victims here.