Charlie Sheen Has To Pass Psych Exam Before Seeing His Twins 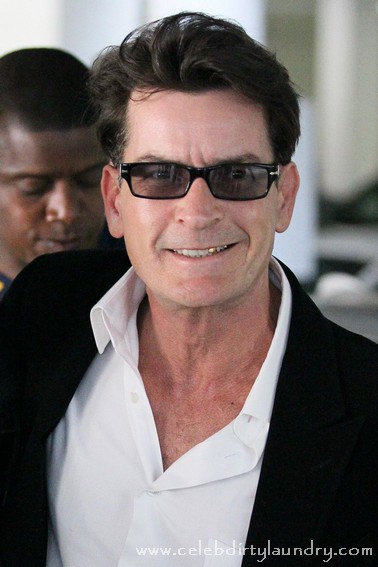 Charlie Sheen will not be allowed to see his twin sons until he submits to a psych exam, is exclusively reporting.   Sheen, 45, hasn’t seen the twins since police demanded that he surrender them to soon-to-be ex-wife Brooke Mueller.

“Charlie must submit to a mental health evaluation with a licensed professional before he can see Bob and Max,” a source with knowledge of the situation said.  “Charlie won’t see the boys until he sees a psychiatrist, that is someone neutral, that hasn’t previously treated him.”

The former Two and a Half Men star has not submitted to the test yet.  Mueller, 33, has had primary custody of the boys since a court issued a temporary restraining order earlier this month; a court hearing for the TRO was scheduled for Tuesday morning but was taken off the calendar.

“Charlie knows what he has to do to see the boys,” an insider close to Brooke said.  “If he wants to see them, he will do it. Charlie agreed to these terms in the custody agreement. He has to adhere to the terms.”

“The fact is though that before Charlie’s problems began in the last several months, he had had little or no contact with Bob and Max in the previous 16 months.”