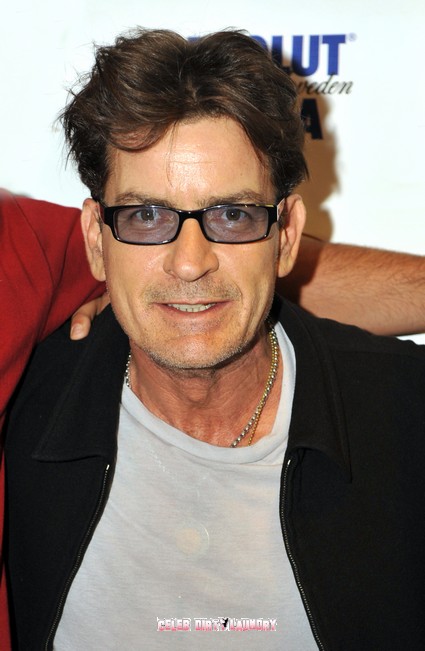 It seems that Charlie Sheen is alive and a recent internet rumour that suggested the former ‘Two and a Half Men’ star was dead is completely false.  The ugly rumor came just a few hours after a similar false rumour claimed Playboy mogul Hugh Hefner had passed away.

A story that Charlie was dead began circulating on Twitter yesterday (12th July), with fans anxiously searching for confirmation of the news.  One user re-tweeted a fake MSNBC story that read, “Charlie Sheen was found dead in his Beverly Hills home early this morning, causes of his death are currently unknown.”

However a fan of the actor attempted to kill the rumor, tweeting, “Charlie Sheen is not dead! he just sent me a tweet RT”.  In fact, the actor had been tweeting regularly throughout the day, asking fans, “Might be time for an “I’ll do anything party…” Vegas Anyone?”

Rumours of the actor’s passing may have originated from the news that his ‘Two and a Half Men’ character is set to be killed off. The actor was replaced by Ashton Kutcher for the upcoming new series, and writer Chuck Lorre has been working on ways in which to create a smooth transition between the two stars.

Charlie Sheen is reportedly close to agreeing a deal to return to television in a new sitcom. If given the go-ahead, the show is likely to debut in January 2012.