Charlie Sheen May Be Winning But He Is Also Getting Sued 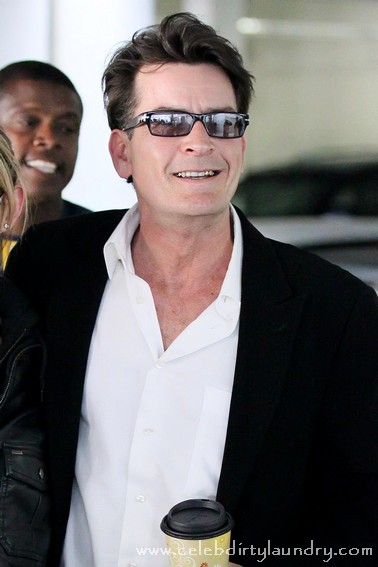 Charlie Sheen is being sued for a whopping $20 million dollars by television producer Ed Meyer who is working with his uncle Joe Estevez.  He claims Charlie destroyed a warts and all reality project about the Sheens.  He also claims Charlie’s parents,  Martin Sheen and his wife Janet, acted as “co-conspirators” in killing the program but they are not named in the suit.    Charlie has been unusually quiet lately this should give him more fuel for the fire.  I expect another Charlie rant about this in the near future!

The suit, filed in the Los Angeles County Superior Court on Tuesday, alleges: “Starting on January 4, 2010, Defendant Carlos Irwin Estevez, along with co-conspirators Martin Sheen and Janet Sheen, all non-parties to the Reality show deal, did internationally and tortuously: threaten, interfere with and restrain, and also conspire to: threaten, interfere with and restrain the Plaintiff’s reality television project starring their relative Joe Estevez, titled: ‘About The Sheens’ aka ‘Being Sheen’ aka ‘Sheen Reality,’ thus destroying the contractual relationships and damaging the Plaintiff Ed Meyer.”

Meyer is representing himself and is suing for $20 million.  Sounds like a grab for cash by Meyer – he better watch out lawsuit or not lawsuit the warlock may come after him ;-)  Remember Charlie is winning!  Let us know your thoughts?