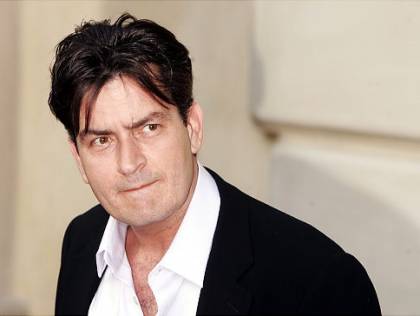 “Charlie is smitten and he decided he wanted to spend some quality time with Olson,” a source said.  This latest drinking session comes after Charlie fired his sober coach, who had been hired after he trashed a New York hotel room and was found naked by police.  “The sober coach never went back to work for Charlie. He has not heard from Charlie since he told him not to start New Year’s Day,” the source said.

The New York bender followed a fight with his estranged wife Brooke Mueller, the mother of his 21-month-old twin sons, Bob and Max and on Christmas Day 2009, he paid a trip to rehab and received a 30-day suspended prison sentence for misdemeanor assault.
During his New York debacle Charlie was accused of causing $7,000 worth of damage to his hotel suite after tossing furniture around because he was upset at his hooker – thinking she stole his watch – of course he was drunk and stoned at the time so as to render his judgement questionable… .

Before that incident, the actor was enjoying a mini-break with his ex-wife Denise Richardson and their daughters Sam and Lola when he was reportedly found by his assistant naked and covered in cocaine in a restaurant toilet.

Sounds to me like Charlie needs a team of sober coaches working ’round the clock.