Charlie Sheen on His Way To Fox? 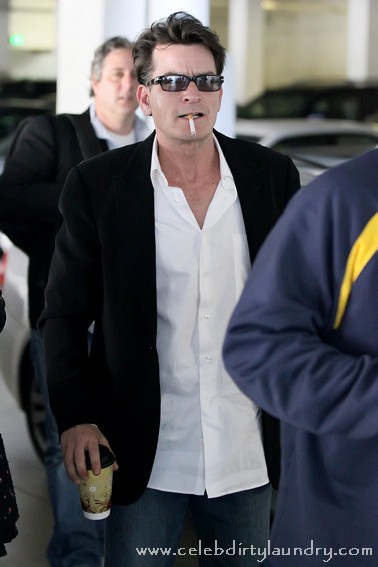 Charlie Sheen is crossing the US and Canada on his ‘My Violent Torpedo Of Truth/Defeat Is Not An Option’ tour.   Now apparently Charlie Sheen has been in meetings with the Fox network.   What a smart move on Fox’s part, Charlie met with the President and Chairman of Fox.

Charlie sat down last Thursday with Mike Darnell, President of Alternative Entertainment for FOX, David Hill, President of FOX Sports, and Peter Rice, Chariman of Entertainment for FOX Networks Group.   During the meeting, which lasted more than an hour, the group brainstormed about various possible projects for Charlie, including a late night show.   Our sources say nothing was decided at the meeting, but everyone liked Charlie.

Meanwhile, Charlie who joined twitter March 1st, 2011 and has already acquired his three millionth Twitter follower.   He awarded the lucky three millionth follower 2 free tickets to his show.  He tweeted to her “Thanks @Boi_Wanda (follow!) for being my 3,000,000th Cadre! Two free tix to the show!”  Winning Duh….