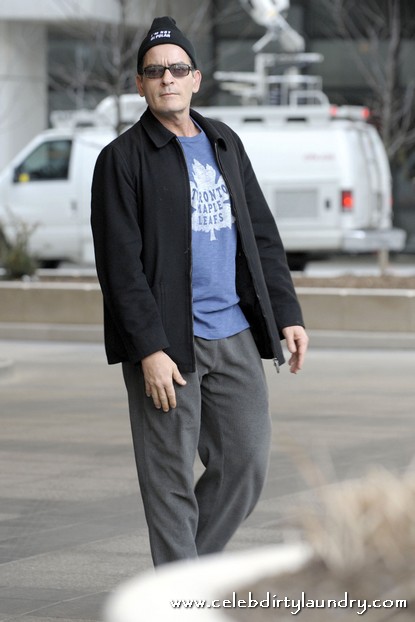 Charlie Sheen has added fuel to the fire in his public battle with Two And A Half Men boss, Chuck Lorre, by writing a scathing letter attacking rumoured plans to bring the show back without him.

Charlie was booted from his role on the TV sitcom earlier this year following months of intense drug abuse followed by a rehab stint and public feud with the show’s creator, Lorre. Charlie is suing over his dismissal and he has now stepped up his campaign against Lorre by taking aim at him in a blistering letter written amid rumours that TV execs are planning to film a new series of the show with a different lead actor.

The letter reads, “My fans may tune in for a minute, but at the end of the day, no one cares about your feeble show without me.  Shame on you… .  A narcissist.  A coward.  A loser.  A spineless rat.  I’m out here with my fans every night (on my tour).  The message is crystal clear; no Charlie Sheen.  No show.  And that’s exactly what it will be for you… every Monday night, a no-show.  The ratings right now are not a fluke.  It’s a big fat mess… .  That sucks.  Almost as bad as you.  You’ve been warned. Reap the whirl-wind you cockroach, reap it.”

Sounds like the pathetic ravings of a very threatened man.