Charlie Sheen’s Hooker Tells Him She Is Pregnant 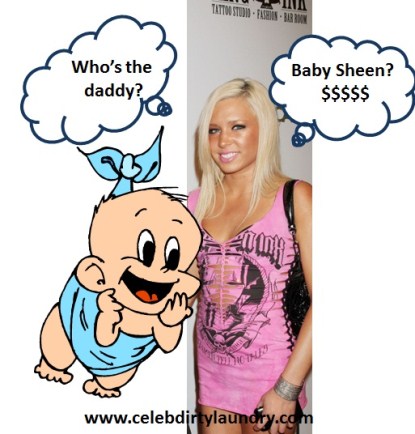 Kacey sent Charlie yesterday afternoon and after dropping the big news which shook poor recovering Charlie, Kacey continued, “I don’t believe it’s yours, but I’m going to Oregon to take care of the situation.”

As for why Kacey thinks Charlie is in the clear it because he used protection but Kacey says both of them were so out of it on drugs and booze that she’s not sure if the condom performed its task.

According to  sources, Kacey plans to terminate the pregnancy in the next few days.

Apparently Kacey never heard back from Charlie.  What does expect, flowers or another payoff?