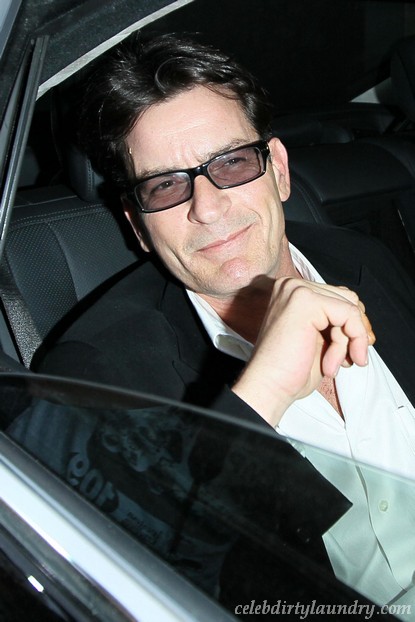 Charle Sheen may have gone absolutely nuts with his life, but his mother isn’t going to put up with you saying nasty things about him in the media. Are you listening Donald Trump???

Reportedly, Donald warned Brooke Mueller’s parents not to let her marry Charlie and now his mother is out for blood. He was said to have referred to Charlie as a “disaster”. Janet Templeton Sheen has gone after the real estate mogul in written format — and we’ve got the goodies right here!

She said, “THE DONALD IS SPREADING SUCH VICIOUS LIES ABOUT CHARLIE. IS THERE ANY WAY TO STOP HIM? BROOKE…HAD BEEN TO 13 REHABS BEFORE MEETING CHARLIE. SHE DRANK AND DRUGGED DURING PREGNANCY AND HAD SUCH A PARTY GIRL REP BEFORE SHE MET HIM.”

Janet went on to say, “DONALD HAS GONE ON NATIONAL TV TWICE TO SAY CHARLIE BROUGHT HER INTO THIS SCENE. ACTUALLY, HE HAD BEEN SOBER FOR SOME TIME BEFORE HE HAD MET HER AND WE WERE CONVINCED THAT SHE WOULD BE HIS DOWNFALL. SHE IS ONLY HAPPY WHEN SHE KNOWS HE IS IN TROUBLE OR MISERABLE. SHE IS SO VERY SICK.’

Brooke’s mother, Moira Fiore had her own words about Janet’s take on the situation. She responded by saying, “Janet’s email was definitely from a scared mother who is very angry and is trying to blame everyone other than the one responsible for his own actions. That’s just despicable how she can think her daughter-in-law can force her son to drink or do drugs. How outrageous!”

Since this little scandal erupted, Donald has said, “Brooke is a lovely young woman and Charlie is a wonderful guy. I know and like them both.”

Sounds like he’s staying out of it from now on! What do you think?