Charlie Sheen’s Past Catching Up With Him – He Can’t Stay In Top NYC Hotels! 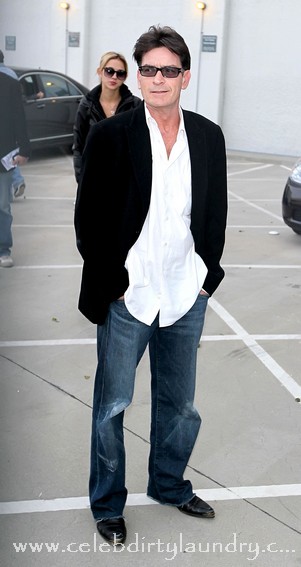 Charlie Sheen is not surprisingly not welcome at a number of top New York City hotels.  The former ‘Two and a Half Men’ actor is said to be looking to book a private apartment when he performs his ‘Violent Torpedo of Truth’ stage show next month as such prestigious hotels as the Waldorf-Astoria and the Trump Soho don’t want him.

The star is due to appear in the city for his ‘Violent Torpedo of Truth’ tour on April 8, and a source close to him insists his accommodation problems are more down to his personal requirements than finding somewhere he is welcome.

This seems absurd since other acts, larger and more complex than Charlie’s, visit NYC every day of the year!

Another source explained: “The real issue is finding him a hotel that allows smoking.  He has to be able to smoke.
“And it’s hard to find a place that will accommodate him, plus his entourage that will be more than 30, including the lighting people and of course the goddesses.”

Of course, how can Charlie possibly live another minute with smoking?