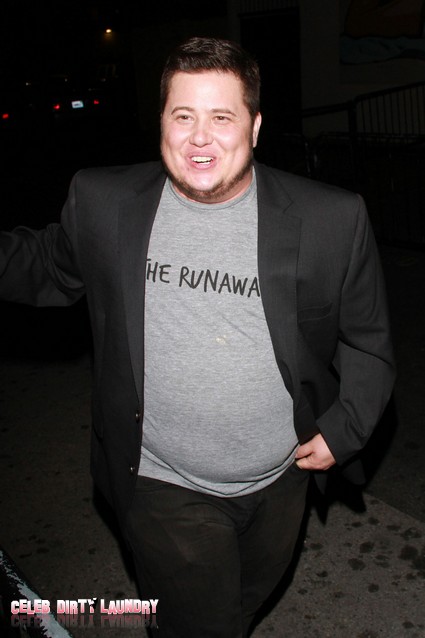 Chaz Bono has dumped his fiance Jennifer Elia and is cruising new chicks according to the National Enquirer. Apparently Jennifer did not live up Chaz’s expectations after he became so popular on DWTS and now he is looking for greener pastures. Chaz told the heartbroken Jennifer – ‘I can do better than you’ after learning that his fiance had gone back to her heavy booze drinking. Here is Chaz – poised for major showbiz success – and there is his fiance getting drunk and bringing him down. Who needs that? Not Mr. Bono!

The National Enquirer Reports:  CHAZ BONO’s wedding plans are off, and he’s on the prowl for a new partner!   Although he popped the question to girlfriend Jennifer Elia two years ago, and presented her with a ring on his reality TV show “Being Chaz,” the couple’s romance is kaput, sources say.

“Chaz is totally over the relationship,” divulged an insider. “His parting shot to Jen made her realize there was no turning back. He told her, ‘I can do better than you.’ He wanted someone who could ride the wave of success with him but found Jen too much of a downer.

“Chaz is already on the lookout for someone new and made it clear to Jen. He told her, ‘I’ve tried, but you just aren’t right for me. I’ve got to move on.'”

Chaz — born Chastity Bono, the daughter of Cher and the late Sonny Bono — was with Jennifer, 36, for six years. But sources say their relationship began to suffer after Chaz underwent gender reassignment surgery in 2009.  To make matters worse, Jennifer is unemployed while Chaz, 42, has become a media darling thanks to his recent stint on “Dancing with the Stars.”

“Jen constantly gripes about not being able to find a job and her lack of money,” the insider confided. “She nags at Chaz about his weight and for the last few months her insomnia has been so bad that they don’t even sleep together.  But the couple’s biggest problem was Jen’s booze relapse, said the source. “When she drinks, Jen becomes a completely different person,” explained the source. “Chaz just can’t handle her then.”

Will Chaz ask for the engagement ring back? Enquiring minds want to know.