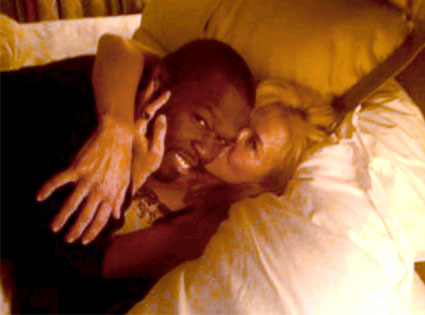 Comedian Chelsea Handler, 35, has been rumored to be dating 50 cents.  When she post the above photo to her facebook with the following comment everyone considered it a confirmation.  “I don’t know why anyone thinks I would ever date a rapper.”  She has since been posting comments and pics on her twitter and has been pretty open about the relationship.  Then she throws us off track by the following comments she made this week:

“People still think we’re dating? No! Really?.  He’s sweet, though. I love him, but we’re not dating.  I don’t know if I can handle him, to be honest,” she told Us of their unexpected pairing.  I like to have fun and I’m really trying to not get into anything too serious.” she told Us about dating 50 cents.”

So what do you think couple or not ?  Is she just playing coy?