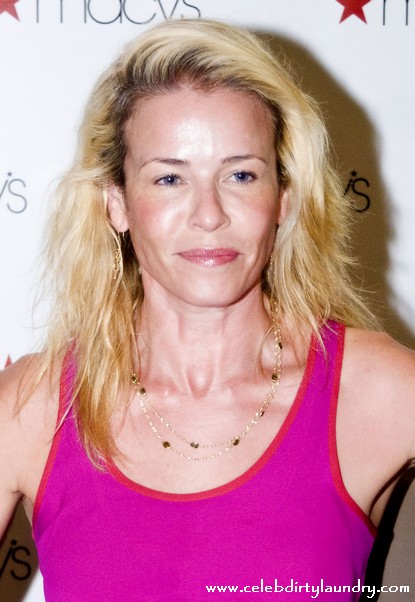 Chelsea Handler despises ‘Dancing With The Stars,’ (who doesn’t!) and she didn’t hold back in making fun of one of this season’s contestants, Kirstie Alley.

Joy Behar hosted the ‘Chelsea Lately’ comedian on her Wednesday show and asked why she turned down ABC’s offer to do ‘DWTS.’ Her clever reply? “Because I have a job.”

Chelsea added that she thought the program was ridiculous and that she “can’t even watch it!” Well, she then confessed: “I mean, obviously I had to watch when Kirstie Alley was on because I had to see what was going to happen to the floor, but … (Laughter) … I just … I can’t watch that show.”

Ironically, Kirstie has actually lost a ton of weight while starring on the hit show. Three weeks ago Kirstie claimed that she’s lost “60 pounds, and I have 30 or 40 more to go” on her current diet.

George Lopez got into hot water recently after he made a fat joke at Kirstie’s expense that he ultimately apologized for, but if Kirstie expects an “I’m sorry” from Chelsea, she will be disappointed.

“She hates me already,” Chelsea told Joy. “She’s mad because we make fun of her. She hates me … well I know why she hates me and I sleep well at night so I’m okay with it.”