Cher Goes On The Offensive Over Chaz’s DWTS Participation 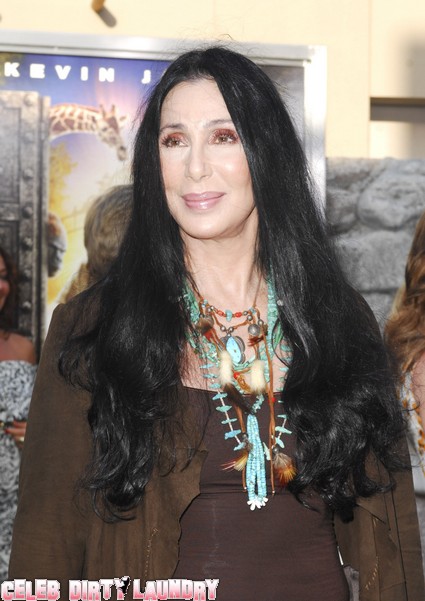 You can’t be Cher‘s daughter – and then change from being a female to a male and become Cher’s son – without getting attention. Now that it has been announced that Chaz Bono will be a contestant on this season’s Dancing With The Stars the controversy has begun.

I didn’t know that Chaz was being attacked but apparently Cher thinks that he is and she took to Twitter as follows:  “Lovelies – Chaz is Being Viciously Attacked on Blogs & Message boards about being on DWTS! This is Still America right? It took guts 2 do it.“

Cher continued: “I support him no matter what he chooses 2do! God! will here always be haters! It took COURAGE 2 do dwts! TG Chaz has Unlimited supply.”

Cher then asked for people to support her transgendered son: “Can u guys check out sites & give him your support ? BTW …Mothers don’t stop Getting angry with stupid bigots who fk with their children!”

Chaz responded: “Thanks for all your support mom. The haters are just motivating me to work harder and stay on DWTS as long as I possibly can,” he said in response.

One thing for sure – getting Chaz on DWTS was a publicity coup for the show and will boost ratings.