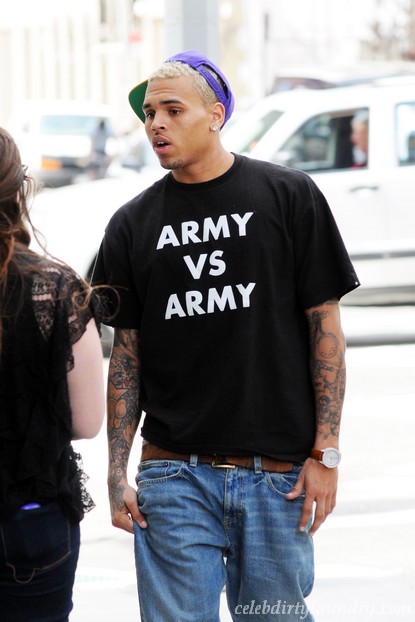 It looks like we’re not the only ones who didn’t approve of Chris Brown being allowed to perform on this week’s Dancing With The Stars.

Usually when a guest performs, the cast of the show are clamoring to meet them and hang out. An inside snitch said that wasn’t the case with Chris. Cheryl Burke is a victim of domestic violence, so she was unhappy about his appearance in the first place.

She said, “As a victim of domestic violence, I don’t agree with him coming on the show, but it’s out of my control.”

A insider said, “Usually when a big star comes in to sing, the entire cast is excited to meet them and spend the day together at rehearsals. With Chris, no one wanted to be around when he rehearsed.”

Another snitch said, “Kirstie wanted to spend as little time as possible around him. It was hard enough for he to be in the same building as him.”

A DWTS insider said, “No one wanted anything to do with him. Most of the cast think it’s disgraceful that ABC invited him on in the first place, but after he smashed a window backstage at Good Morning America, almost everyone participating in the competition thought he should have been canceled.”

I have to say that I agree! It makes it look like the network condones this type of behavior, which we hope is not the case.