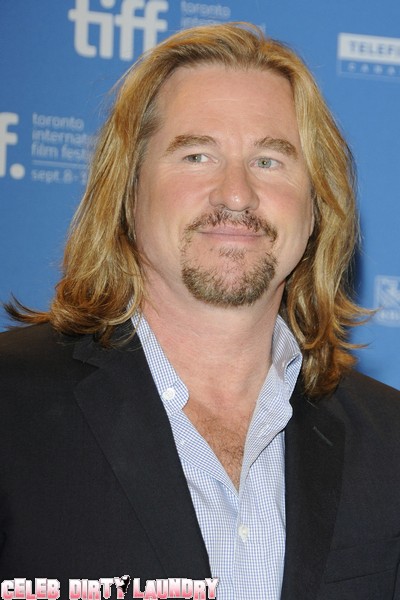 Val Kilmer has been forced to sell the bulk of his New Mexico ranch for $18.5 million.  The ranch had been involved in a custody dispute between Val and his ex-wife Joanne Whalley – who had two children, Mercedes and Jack, with the actor before their split in 1996 – after she demanded the property in lieu of child support owed to her.

Joanne had alleged Val had fallen behind with his $27,500-per-month payments and so established a lien on his property to force the actor to pay up.

Daughter Mercedes is 19 and son Jack is 15 – just a month after the birth of their son Whalley dumped Val and filed for divorce on July 21, 1995, citing irreconcilable differences. This was the day after he left to start filming The Island of Dr. Moreau with Val claiming to have found out from a CNN broadcast. Whalley has since taken Kilmer to court twice for non-payment of child support.

The ‘Top Gun’ star has finally managed to offload the property after originally listing it for sale for $33 million in 2009, before subsequently dropping the price to $23 million in October 2010 and again to $18.5 million two months later.

According to The Santa Fe New Mexican newspaper Val sold everything except 141 acres to Texas oil and gas executive Benjamin A. Strickling III and his wife, Roxann, with the deed transfer filed on September 30.