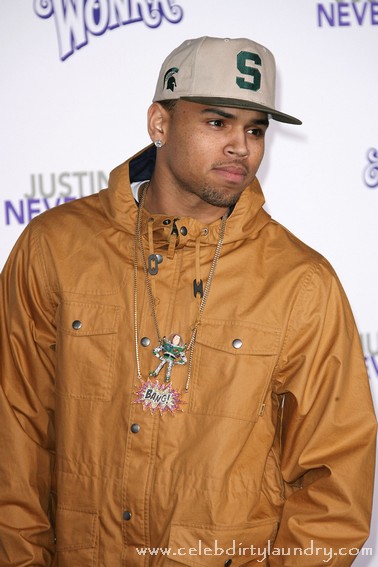 Chris Brown’s representative has denied reports the star has been spotted smoking marijuana while driving, insisting the singer was actually puffing on a cigar.

Chris has been trying to rebuild his reputation since he was convicted of assaulting his ex-girlfriend Rihanna in 2009.   Chris made the headlines again in recent weeks after a naked video and pics were leaked online, followed by a photograph obtained by X17 Online which purportedly showed the singer smoking a joint in his car.

However, a spokesperson for Brown has laughed off the story, revealing the star likes to indulge in cigarillos.  The publicist said, “The report made by X17 Online on March 14, 2011, headlining ‘Is Chris Brown Half-Baked Behind The Wheel?’ is false.  The picture shows Chris Brown holding a Davidoff mini natural pack mild cigarillo.’

Well we want to examine the photo, the Davidoff, and blood test Chris before we are willing to agree that Chris was not smoking marijuana, thank you very much!