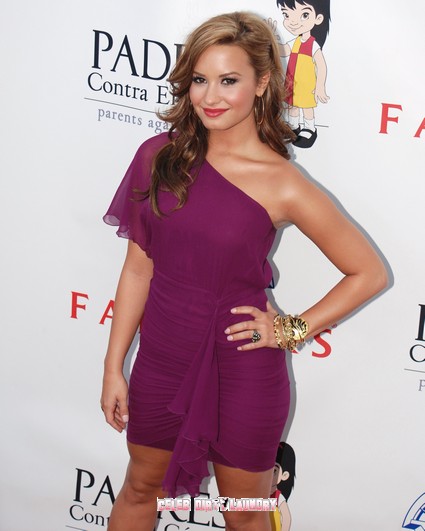 In a recent interview with Ryan Seacrest, Demi Lovato talked about her new song “Skyscraper”, as well as her plans for a duet which will mix 2 styles – pop/dance songs and R&B vocals – on her new album.

Seacrest guessed she might be planning to team up with Kelly Clarkson, but he was wrong. Although Demi confessed she’d love to work with Kelly, her prospective duet partner was a guy.  When asked exactly who was her prospective partner Demi replied “I can’t tell you that yet. Well we’re not for sure yet. It’s a guy. You would know who he is.”

So who can Demi Lovato’s R&B “mystery guy be?”   It’s not Joe Jonas, her former beau with whom she’s sung before. Nor is it Justin Beiber, although she observed that Beiber “could be an R&B artist.” So, who’s left — Chris Brown!

Former Disney star Demi Lovato’s duet mystery man may be none other than Chris Brown. Brown has done very well with his last 2 collaborations “Next 2 You” with Justin Bieber, and “See No More” with Joe Jonas.

Of course, there was that “group date” when Justin Bieber and Selena Gomez were spotted out on the town with Chris Brown and Demi.