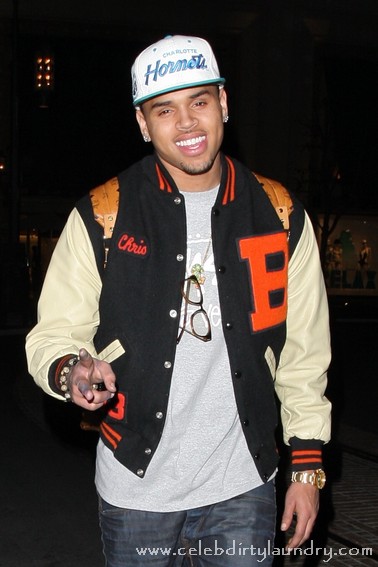 Chris Brown is attempting to have a restraining order preventing him coming within 100 yards of Rihanna lifted in time for next month’s Grammy Awards.

Chris, who assaulted his girlfriend just before the 2009 ceremony, is expected to attend this year, with Rihanna also expected to make an appearance.  Chris was in court yesterday for a progress hearing after completing a year-long domestic violence counselling programme required as part of his guilty plea in 2009.

But after congratulating him for finishing the programme in ‘fine fashion’, Los Angeles Superior Court Judge Patricia Schnegg said she need to check with Rihanna’s attorneys about lifting the restraining order.

The judge said she would not be opposed to the order being lowered to a ‘do not annoy’ order.  Brown’s lawyer Mark Geragos said it could be a problem if the protective order was not lifted, telling Schnegg: ‘It can be a problem with award shows.’

Brown will still remain on probation for five years and will have to return to court once Rihanna’s legal team have decided whether they object to the lifting of the restraining order.