BY Annemarie LeBlanc on March 21, 2011 | Comments: Leave Comments
Related : Chris Jericho, Dancing With the stars, Dancing With The Stars Season 12 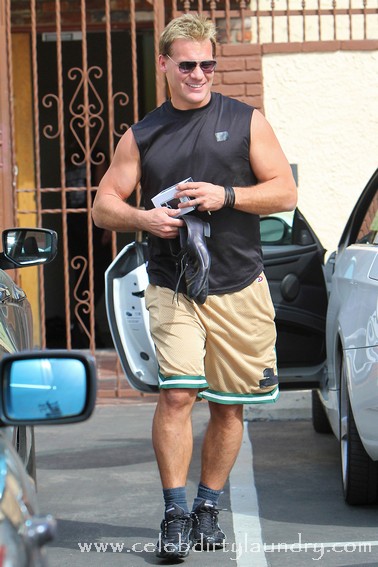 Professional Wrestler Chris Jericho, 40, who is a contestant this season on Dancing With The Stars has revealed some of his strategies for the show.  Chris has prepared for the show in a very special way – according to Chris since the cast has been announced he has not changed his underwear.   All I can say is ughhhh.. but seriously he was just joking.  Sounds like he has a sense of humor.

Chris also said that a good friend of his Stacy Keibler gave him advice she told him ‘That you have to be in this 100 percent, because it is the most physically and mentally demanding thing you will ever do’  and Chris claims that she is right!  Chris Jericho was an extremely successful professional wrestler for many years and therefore has great experience with demanding athletics.

He says he has been working hard to impress the audience.  He has been practicing six to seven hours a day because he wants to do well on Monday.  He has not had a chance to see the other contestants performing yet so he does not really know who the competition is.