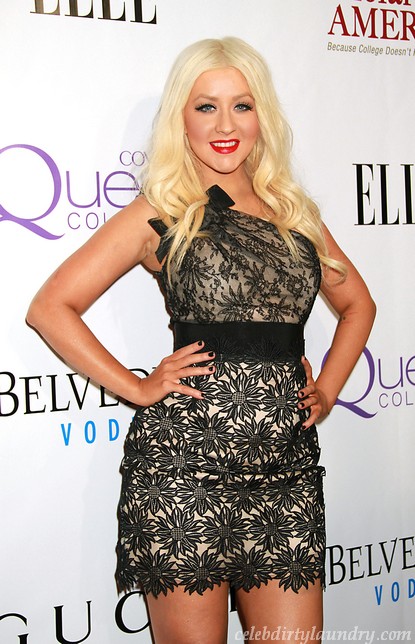 This isn’t the first time that Christina Aguilera has lashed out at Lady Gaga. Back in 2008, Christina slammed her saying that she wasn’t sure if Gaga was a man or a woman. Now, she’s taking aim at the pop singer again!

During a recent taping of Christina’s show, The Voice, she began bragging about how she’s way more entertaining than Lady Gaga.

An insider said, “Christina told a contestant she was ten times better than Gaga, said her rival was annoying – and expressed her amazement that Gaga ever got famous. It caused quite a scene, and producers insisted on reshooting the segment.”

Another snitch on the set said that she’s “a bitter person with an ax to grind about everything.”

The source went on to say, “She’s like a bitter old woman trapped in a 30-year-old’s body!”

Oh snap! Christina, why must you talk smack? Is it because you’re working on a television show instead of being out there singing? Please tell us, because we’d really love to know!