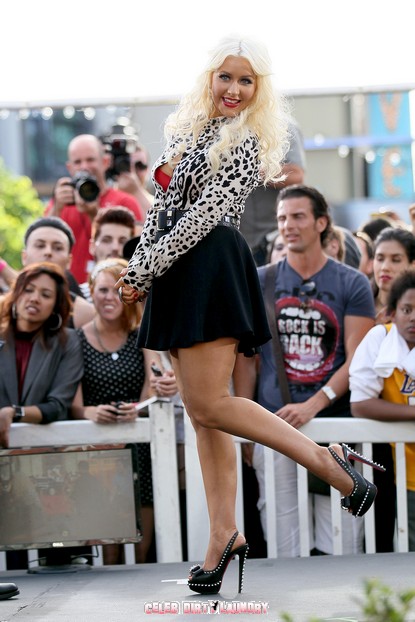 All aboard the money train! It’s been leaked how much the judges on The Voice are making per episode, and it’s just as nauseating as you would imagine. What’s even more disgusting is that NBC felt Christina Aguilera is worthy of $150,000 MORE than the other three judges.

That’s right. The girl who used to live in Britney Spears’ shadow during her teeny-bopper phase is now sitting on a rotating chair and telling people they’re talented for… wait for it… $225,000 per episode! I can only imagine fellow judges, Adam Levine, Cee Lo Green, and Blake Shelton are not too happy that they’re only raking in $75,000 a piece per episode. Well, cry me a river.

NBC can afford to pay such a ridiculous amount to their celebrity judges because the show is now incredibly successful. If you haven’t checked out the breakout hit yet, it’s basically like American Idol without the bad singers. “It’s not showcasing people who suck and making a mockery of anybody,” Shelton said to The Hollywood Reporter. “It’s just about good singers who all get that it’s a competition show.”

The four judges should consider themselves lucky that they’ve landed this gig. Other famous singers, like John Mayer, were considered but didn’t make the cut.

With the success of the first season, all four judges have signed on for season two and NBC is figuring out new ways to milk the success, like a possible tour or an album release.