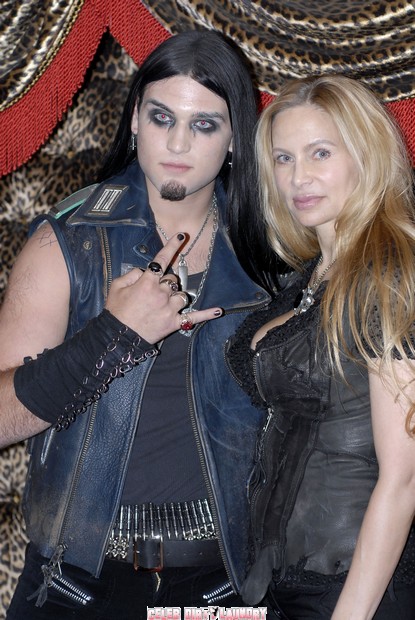 Nicolas Cage‘s former partner Christina Fulton has accused the actor of having a terribly bad influence on their son Weston – and she blames Nick for the rocker’s recent emergency hospitalization due to an insane public breakdown.

The 20 year old was strapped to a gurney and taken to Cedars-Sinai Medical Center in Los Angeles following a violent outburst at a Hollywood restaurant on Tuesday.

The Eyes of Noctum star had to be subdued by police and later underwent a mental health evaluation.  Weston’s mother Fulton, who began dating Cage in the 1980s, was consumed with worry for her son and spoke out about the incident after visiting him in hospital on Wednesday.

Fulton appeared emotional as she was filmed telling Tmz.com, “My son is in trouble. He’s in the hospital right now and he’s under some really good care so that makes me very happy. But I’m pretty pissed off because his father – he’s affected by his father and that is why he’s in that hospital tonight. That’s all I have to say.”