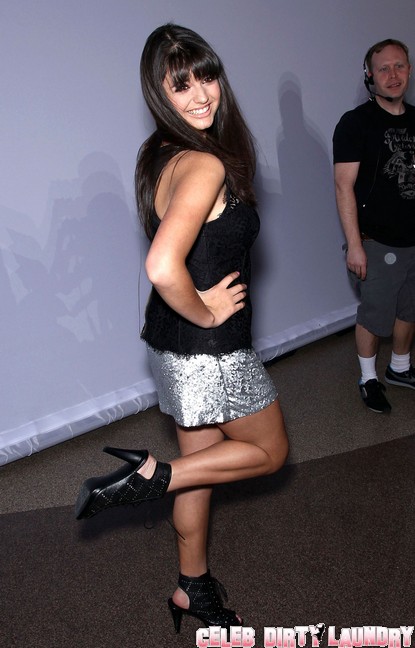 CNN iReport picked up the story that reported that Rebecca Black,13, was pregnant.  Apparently, one of her closest friends revealed the truth on her Facebook page.  If you don’t know who Rebecca Black is she is the 13 year old who gained worldwide notoriety with her song “Friday”. The CNN ireport  has since been removed and we can confirm Rebecca is NOT pregnant.

The rumor of course went viral on the internet and twitter and everyone was thinking they would see Rebecca ’13 and pregnant.’ Rebecca took to her twitter account and tweeted the following denial, “I thought it was May 15th…not April Fools Day.  I’m absolutely NOT pregnant.”

Yikes whomever started this rumor was very mean, sure her song is annoying and horrible but she is 13 years old and really did not deserve this.   Thank goodness it is not true cause if it was someone would have been arrested for statutory rape the girl is 13 after all!

Meanwhile the song everyone loves to hate Friday was recently covered by GLEE.  The reason behind GLEE doing the song was “The show pays tribute to pop culture and, love it or hate it, that song is pop culture.” It seems like Rebecca is having the last laugh!