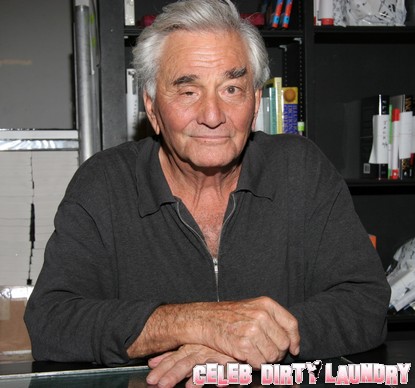 It is with great regret that we report that Columbo actor Peter Falk has passed away. He was 83 years old.

He had suffered from Alzheimer’s Disease, but has passed away yesterday at his home. A rep for the Falk family issued a statement, saying, “Peter Falk, 83-year-old Academy Award nominee and star of television series, ‘Columbo’, died peacefully at his Beverly Hills home in the evening of June 23, 2011. Peter Falk is survived by his wife, Shera, of 34 years and two daughters from a previous marriage.”

Peter was such a great actor and was always known for being the bumbling good guy. In 2007, Peter underwent a series of dental operations that left him suffering from dementia. His doctor said that he was in such bad shape that he couldn’t even remember the role that he was famous for. It was at that time that a judge appointed his wife Shera as his conservator.

May he rest in peace. This was a truly funny man who brought many a laugh to our household on quite a few occasions. He will be missed.