‘Comfortable’ With Nudity Lindsay Lohan To Pose For Playboy 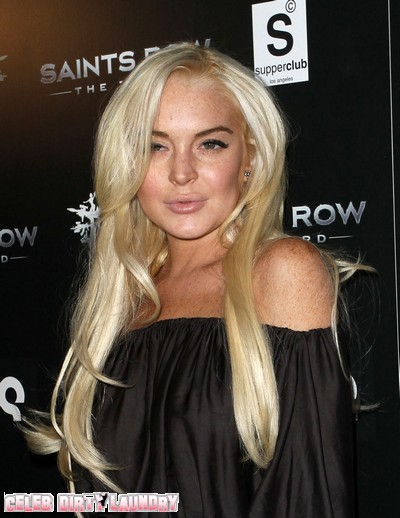 Just what we’ve all been waiting for, NOT! – Lindsay Lohan is already posing naked for Playboy magazine.

Lindsay who was last week told she had to clean the morgue for 16 as part of a court order until a probation hearing on November 2 – will reportedly earn almost $1 million for exposing her nakedness to all the world – or at least all the world that looks at Playboy.

But this shouldn’t faze the eager celeb since in 2008 Lindsay stripped off her clothing to recreate the infamous ‘Last Sitting’ shots of Marilyn Monroe, taken by photographer Bert Stern. Lindsay admitted at that time she was “comfortable” with nudity.

She said: “I didn’t have to put much thought into it. Working with Bert Stern on a Marilyn Monroe shoot was really an honour. When is that ever going to come up again?”

“I wanted to portray the look and get it point-on as much as I could, to bring it back to life. I was comfortable with it, the nudity and everything.”

Lindsay originally turned down a $750,000 offer from Playboy boss Hugh Hefner to pose nude, demanding that the figure should be closer to $1 million.

It is believed the shoot started over the weekend, with Lindsay – who could face up to 18 months in prison if she is found guilty of violating the terms of her probation for a 2007 DUI conviction – having to fit it in around her court-ordered morgue duties.