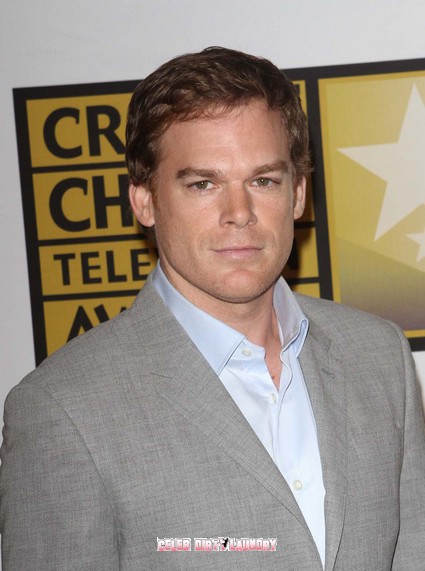 Love, love this show!  Dexter the serial killer we love to love and the Dexter gang gave us some juicy tidbits of what is going to happy in Season Six of Dexter at Comic-Con.  They also announced that the season will be premiere October 2nd, 2011.    Season six of Dexter is suppose to be all about Faith.  Dexter wants to give his new son some moral grounding.  He said the following at Comic-Con: “[Baby Harrison] is growing into being a little boy—he is only going to get older and in need of guidance, and Dexter feels ill equipped to provide that…Because of that he’s open to things he wouldn’t otherwise be open to, cultivating spiritual life in a way. As things in Dexter’s world often do, that becomes magnet that attracts a lot of stuff.”

Guest stars this season will include:  Colin Hanks who plays Travis Marshall who works in a museum and cleans up ancient artifacts—and he gets pulled into Dexter’s world;  Edward James Olmos plays a mysterious character Professor Gellar; Mos Def plays a street creature who crosses Dexter’s path and Billy Brown plays who plays a new detective in the office.

I wish Lumen (Julia Stiles) was back for Season 6 but Lumen realizes the impossibility to have a relationship with Dexter.  Still she was a great match for him!  Do you have faith that Dexter can pull off another season?  I do!  Check out the video below and let us know in the comments what you think!