Confirmed: Bristol Palin Is Getting Her Own Reality Show!

BY Robyn Good on May 9, 2011 | Comments: one comment
Related : Bristol Palin, Dancing With the stars, Kyle Massey, Reality TV 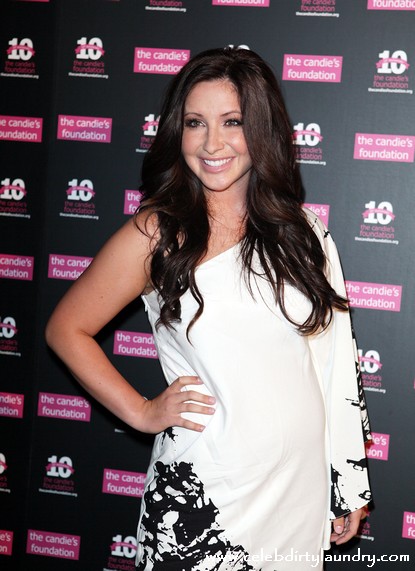 I guess we all now know what Bristol Palin‘s new slimmer look and plastic surgery were for!  Bristol is getting her own reality show and she will be teaming up with another Dancing With The Stars former contestant Kyle Massey. Bristol whose only claim to fame is getting pregnant during her mother’s run for vice-president has really been capitalizing on the public’s morbid curiosity about the Palins.    E! News confirms that Bristol will costar in a new show for A&E’s sister network, Bio Channel, that will re-team the 20-year-old single mom with the 19-year-old Disney Channel star, Kyle Massey.

The show will be about Bristol a young mother with a two year old son Tripp who recently moved into a new house she bought for herself in Lose Angeles.   She will be living with Kyle and his 21 year old brother Chris while starting a small charity.  Kyle and Massey became BFFs while doing DWTS..

The show will start in the late fall and will be 10 – 1/2 hour shows.  So Bristol may be on television while Mama Grizzly Sarah Palin is campaigning.  No word yet on what her ex and the father of her son Levi Johnston has to say about all this.   One thing for sure we know he won’t be quiet about it !  What do you think of Bristol Palin getting a reality show?  Celeb Dirty Laundry wants to know!