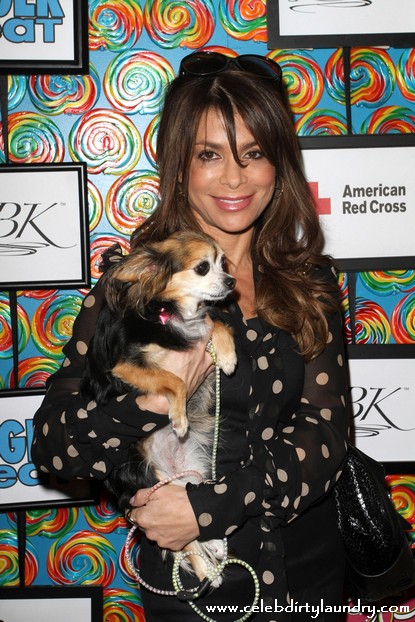 Paula Abdul will reunite with Simon Cowell on The X Factor. Sources say that Abdul’s deal is finally done for her to join Cowell and previously announced judges Cheryl Cole and Antonio “L.A.” Reid on the highly-anticipated singing competition, which begins taping its judges rounds on Sunday in Los Angeles and will debut on Fox in September.

As late as Saturday afternoon, it was unclear whether negotiations between the ex-American Idol judge and X Factor producers would result in a signed contract before Abdul was scheduled to report for duty on Sunday. One issue, according to sources, was an option that CBS had on Abdul based on a deal for her to participate in the short-lived CBS competition show Live to Dance. That deal, according to two sources close to X Factor, contained language that could have prevented Abdul from joining the new show.

The CBS issue was resolved, according to sources, but the notoriously erratic Abdul remained without a signed deal even as the clock ticked down toward the judges rounds.

Cowell has been adamant in several British media interviews that he wanted his former American Idol sparring partner on the X Factor panel, so it remained a near-sure thing that some kind of deal could be worked out. No doubt Cowell wants to be sure that he smarter than at least on other judge! Saturday afternoon the AP reported that the Abdul deal was finished, but we’re told there were still a few issues to be hammered out.

Now sources say told those problems have been rectified and Abdul will show up for Sunday’s tapings, though it is unclear whether she will participate in a planned press event before the show begins.

X Factor will be hosted by UK presenter Steve Jones and former Pussycat Dolls member Nicole Scherzinger. Fox officially confirmed that news late Saturday but the network has declined to comment on the Abdul situation.