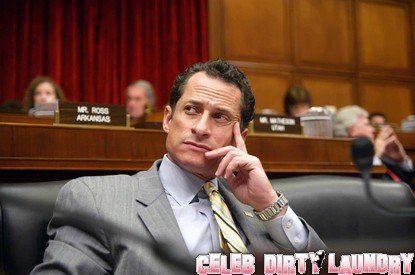 Congressman Anthony Weiner instructed one of his Internet prostitutes how to lie about their relationship … and even offered PR help from his team, which will likely create major legal issues for him.

On June 2, Weiner emailed Lee, “Do you need to talk to a professional PR type person to give u advice? I can have someone on my team call. [Yeah, my team is doing great. Ugh].” It’s unclear if Weiner’s PR team is from his Congressional staff. If so, Weiner could run afoul of House Ethics Rules as well as the law.

Weiner made a desperate attempt to cover up everything, urging Lee to lie about their relationship. On June 1, he emailed her: “The key is to have a short, thought out statement that tackles the top line questions and then refer people back to it. Have a couple of iterations of: ‘This is silly. Like so many others, I follow Rep. Weiner on Twitter. I don’t know him and have never met him. He briefly followed me and sent me a dm saying thank you for the follow. That’s it.'”

Weiner suggested that Ginger us some good ol’ Southern charm: “And then maybe insert some y’alls in there.”

On June 2, Weiner sent Lee a proposed statement she could give to the press: “I have nothing to do with the situation involving Rep Weiner. I follow his twitter feed. And for a brief time he followed me. Much has been made of the fact that I have posted about my admiration for Rep Weiner and his politics. All I can say about that is that I’m a fan of his. Rep. Weiner sent me one short direct message thanking me for following him. I have never met Rep. Weiner and he has never sent me anything innappopriate (sic) …”

If you can’t trust your elected representatives then who can you trust? What really gets me is Weiner’s smarmy dismissive attitude towards the scandal – as if he is entitled to his sexual affairs and should be immune from explaining himself.