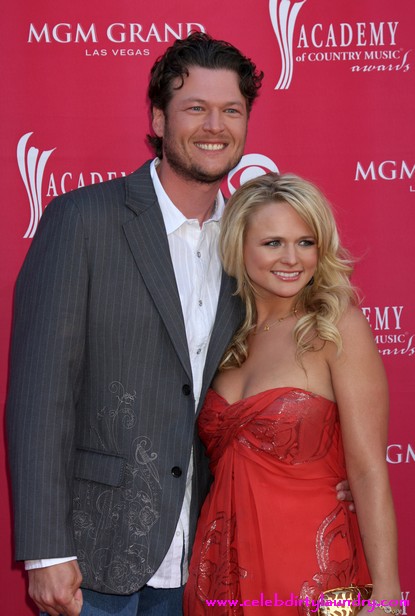 County stars Blake Shelton & Miranda Lambert got married today in Texas.  Miranda, 27, and Blake, 34, got married late Saturday evening (May 14th, 2011) at Texas’ Don Strange Ranch in front of 550 family and friends.   The two have been dating since 2006 and Blake proposed May 2010.  He said about the proposal, “I fumbled it up a little.  It’s funny how you rehearse those things and go over what you want to say, but I probably screwed it up.”

The Voice mentor Blake told US about getting married, “I wanted to be married to Miranda the day I proposed. Finally, it’s official!” and Miranda said, “I’m married to my best friend!  Looking forward to a lifetime of laughter.”