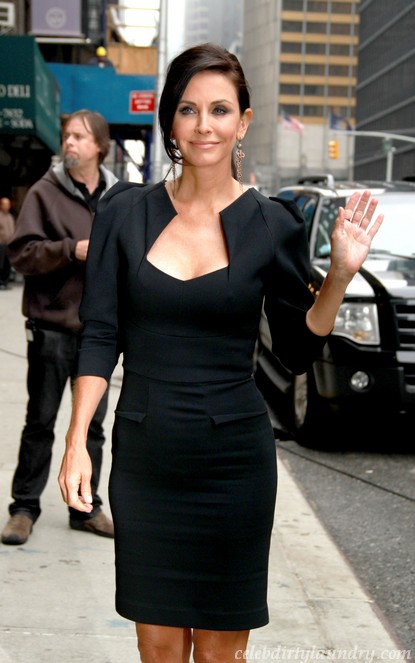 Courteney Cox and her estranged husband David Arquette made the trip out to Disney World for their daughter, Coco’s enjoyment. The only problem? David tried to put the mack moves on Courteney during the trip.

A move that was brutally rebuffed by Courteney, causing her to even switch floors at their hotel. So, Courteney went on Howard Stern’s radio show and talked about their marriage.

David was there in the studio and she admitted that there were problems in their marriage because David couldn’t keep his hands off of her.

For the first time since they announced their split, Cox and Arquette gave a joint explanation about their break-up … and Courteney explained, “[David] could never put his arm around me without getting a boner.”

When Stern asked if the two would ever get back together — David made it clear he WANTED to reconcile … but Courteney insisted they were better off apart.

I can’t say that I blame her for bot wanting to reconcile, considering that he was already banging some other chick. But another part of me wants them to get back together, because they make a good couple.

What are your thoughts on this?