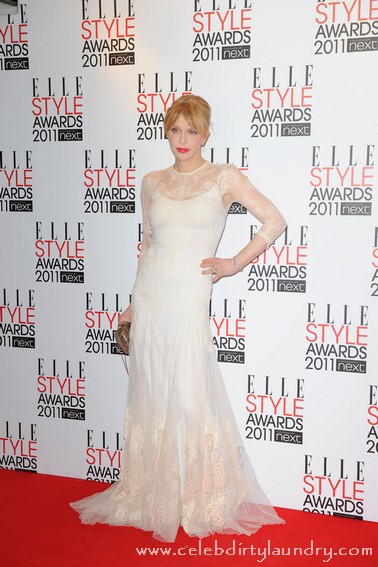 Courtney Love has settled a lawsuit filed by Designer Dawn Simorangkir in Los Angeles, who sued the Hole leadsinger in March 2009 accusing her of making false statements about her and her past in a series of postings on the microblogging site Twitter and Love’s Myspace blog.  The settlement was confirmed by Simorangkir’s lawyer, Bryan Freedman.

The designer’s label is called Boudoir Queen, and according to her lawsuit, she first came in contact with Love in 2008 and they met in February 2009 in Los Angeles to discuss some custom clothing.  The lawsuit contained several postings written under Love’s former Twitter account, courtneylover79, that accused Simorangkir of theft and of having a criminal background.

The widow of grunge rocker Kurt Cobain, Love has gained a reputation on the microblogging service Twitter, posting occasionally profane and sometimes nonsensical messages on a variety of topics.  Several posts have lashed out at lawyers and other individuals who have drawn the musician’s ire, with her Tweets coming in rapid succession and using every bit of the site’s 140 character maximum per post.

The case had been scheduled to go to trial in February, and was expected to be the first trial in which a jury decided whether a celebrity’s Twitter posts could be considered libel.  Freedman confirmed that a settlement had been reached, and said Love’s lawyers had hoped to keep it confidential.

‘In order to show the world the comments were derogatory and completely illegal, it was imperative to my client to have the settlement be public,’ Freedman said.

The attorney said a public statement would be issued next week, but the nearly $430,000,  plus interest, that Love is required to pay, reflects the seriousness of the case.  ‘Personally I think $430,000 is an appropriate way to say she’s sorry,’ Freedman said.

Beware folks when you rant and rave on your twitter and facebook or myspace accounts: Big Brother is watching, waiting, and may sue you!