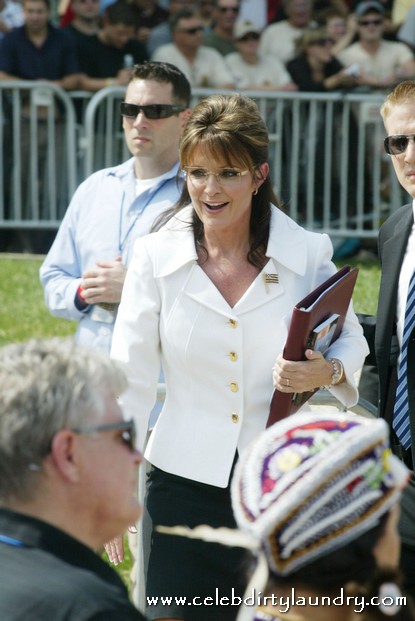 Sarah Palin is back in the news again after an abscence which I’m sure we all enjoyed.  Sarah has obtained a new restraining order against the stalker who’s been after her and her family.

This occured after the man allegedly made several disturbing threats including raping Sarah’s daughter.  A judge in Anchorage made the new TRO official last week after Sarah claimed 19-year-old Shawn Christy had become more “brazen” in his threats to harm Sarah and her family and even rape her daughter.

It’s unclear which daughter Sarah was referring to in the legal docs but she later mentions that the stalker targeted Willow in his threats and it “bothered [her] tremendously.”

According to the documents, Shawn phoned Sarah’s house calling her a “slut or whore” and Sarah’s dad claims the family was so spooked they “made sure we armed ourselves.”  Hope they weren’t planning on shooting anymore caribou.

Sarah’s due back in court on April 27th in an attempt to make the temporary restraining order permanent.