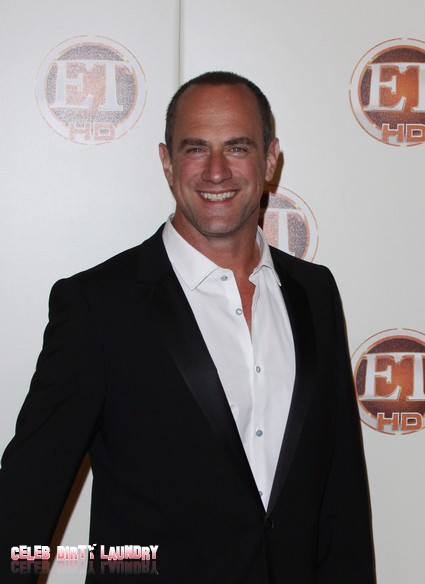 Christopher Meloni is set to become the latest all-star addition to ‘True Blood.’ Meloni is doing a sort of bad guy to good guy to supernatural guy type of evolution in his TV career. On ‘OZ’ Meloni played Chris Keller a true psychopath who had our skin crawling whenever he was on screen – which was a lot of the time! Then Meloni morphed into the “Law & Order: SVU” superman Elliot Stabler where he dominated the show. You see on ‘OZ,’ Meloni was one of several brilliant actors but this was not the case on ‘Law and Order:SVU’ where he was in a class of his own – nobody on that show came close to having his talent.

Now Meloni is in talks to join the cast of the fifth season of “True Blood,” TVLine reports. The show already has plenty of supernatural creatures but Meloni stand out as a great addition names such as Stephen Moyer and Alexander Skarsgard. Meloni is slated to play a very powerful vampire and he will be great in he role.

As Huff Post reports: This would mark Meloni’s big TV return; he’s already made a big splash in the film world, as he is playing Colonel Hardy in the upcoming Zach Snyder-directed Superman reboot, “The Man of Steel.” Meloni is in the midst of filming the comedy, “Awful Nice,” and will also star in the upcoming raunchy comedy, “Dirty Movie.” Meloni’s TV comeback will also include a tele-film called “The Kentucky Derby.”

We applaud the decision of the ‘True Blood’ people to bring Meloni on board.