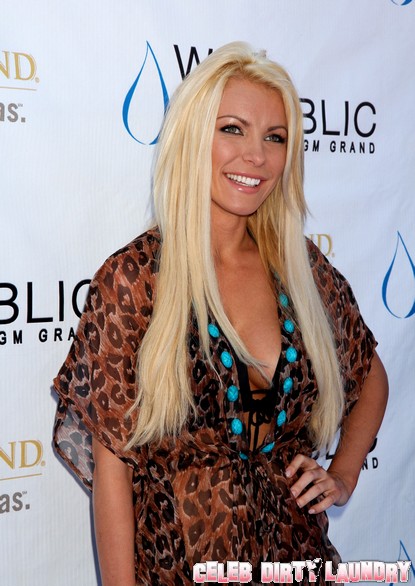 Crystal Harris moves fast! Not only did she ditch Playboy mogul Hugh Hefner five days before their wedding date, but now she’s already trying to pawn the $90,000 engagement ring from him. Holy crap, this woman has no class.

Hef and Crystal were set to get married on June 18th, but she backed out at the last minute, leaving Hef to wonder what happened. Hef has commented that he regrets not marrying Holly Madison, which we totally think he should have done.

Now, this classless bimbo is trying to hock the engagement ring?!??

TMZ reports that a spy overheard the owner giving Crystal his sympathies over the wedding, to which she said, “Are you kidding? It was all for publicity.”

Either way, isn’t she just a peach?