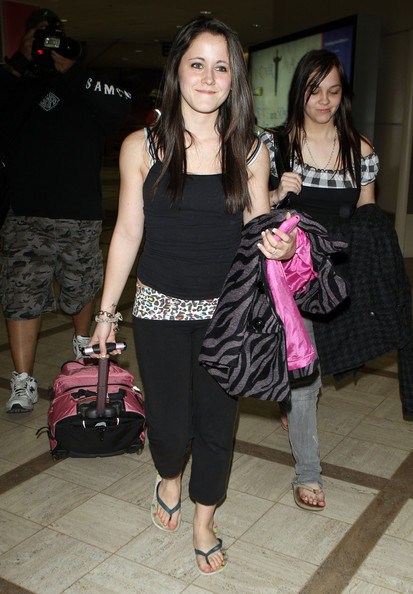 Teen Mom 2 star Jenelle Evans showed us that she is definitely Teen Mom material as she punched out Britany Truett – and this was all caught on camera.  It seems that Jenelle attacked Britany Truett – landing a solid punch right in Britany’s face and then pouncing upon her stunned victim and continuing the beating with a flurry of blows.

And what would make a gentle soul like Teen Mom 2, Jenelle, administer such a brutal beating?  It seems that love and jealousy, always a potent cocktail, were the proximal cause of this little dust-up.  Jenelle battled Britany over Keiffer Delp – (why do people get names like Keiffer Delp) – Jenelle’s ex-boyfriend – and the best is that Keiffer was recently charged after beating up Jenelle!

Janelle filed charges against Kieffer back on November 14, 2010 claiming he attacked her.  He was subsequently charged with misdemeanor assault and injury to personal property.  She appeared in court earlier this month for the case but it was continued until April 18, 2011.

Of course that does not explain Jenelle’s violent behaviour and despite Britany’s refusal to press charges, the Brunswick County District Attorney’s office is still moving forward with the case, investigating further before deciding on whether to prosecute Jenelle.

Why should Brunswick County bother about the incident at all?  No doubt that Jenelle, Keiffer, and Britany are far more valuable free and on the loose than locked up.  America has a need to watch the lowest rung of society behave like morons on television.  Of course even if this crew disappeared there would be plenty of other trailer trash hurrying up to take their place.