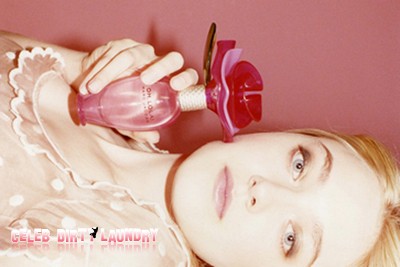 In a bold move the Australian Advertising Standards Board has has rejected five complaints about an ad for Marc Jacobs’ Oh, Lola! perfume, which features 17-year-old actress Dakota Fanning and references the novel Lolita, the story of a middle-aged man’s sexually obsessive relationship with the young daughter of his landlady. Vladimir Nabakov wrote Lolita in 1955 and at the time a respected British reviewer called it “the filthiest book I have ever read” and “sheer unrestrained pornography.”

Marc Jacobs was embroiled in major controversy earlier this month when one of its magazine commercials was banned for appearing to “sexualise a child.”

The British Advertising Standards Authority (ASA) condemned the advert – which featured 17-year-old Dakota Fanning sitting on the floor in a pale-colored thigh-length dress with an Oh Lola perfume bottle between her thighs – describing it as “sexually provocative.”

I guess in Australia women of 17 are not considered ‘young women.’