Dakota Fanning Will Play A Princess After Breaking Dawn 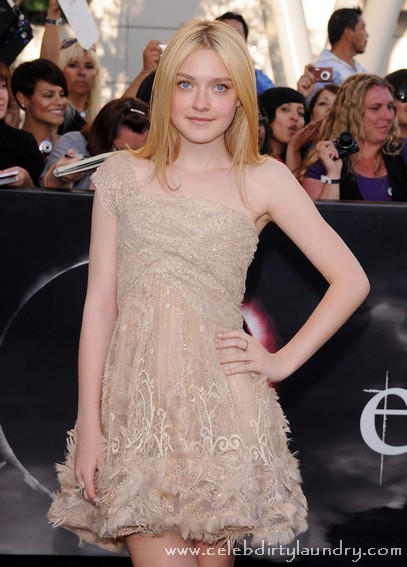 Dakota Fanning, 16, who plays one of the Volturi – Jane in The Twilight Saga will play a teenage Princess Margaret after Breaking Dawn raps up.  Dakota will star in  Michael Hoffman’s romantic fairytale Girls Night Out.  Dakota will play Princess Margaret as a teenager who leaves Buckingham Palace for a night with her sister Elizabeth (current Queen) and has a wild and adventurous  night on the town on VE Day at the end of World War II.

The script is by Trevor De Silva but not much information is known on the project.  Robert Bernstein and Douglas Rae at Ecosse Films are producing.  The rold of Elizabeth has not been cast yet.

This will be Dakota’s first movie after Breaking Dawn.  A few months ago Dakota dropped out of a few films because she wanted to concentrate on her school work.  Nevertheless, with Dakota on board for this project it is sure to be a success.