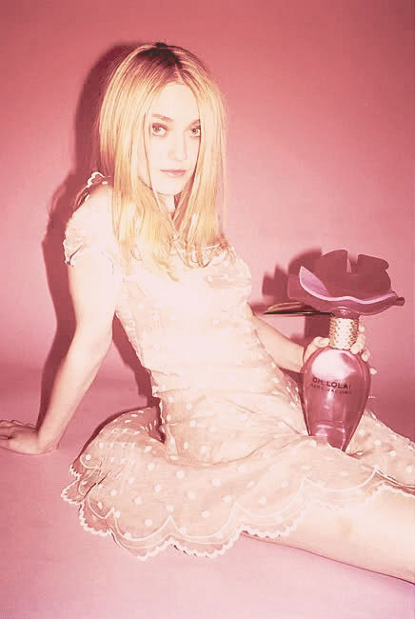 Dakota Fanning might be growing up fast, but apparently their are some people in the world who think she’s growing up a little too quickly. The actress, 17, recently shot a Marc Jacobs ad for the fragrance line Oh, Lola!, which has been deemed too sexual and too racy by the Ad Standards Authority of Britain.

The advertisement, as you can see above, pictures the sweet lil’ Dakota in a thigh-high polka dotted skirt with a freakin’ gigantic bottle of Oh, Lola! between her legs.

The ASA comments further on the photo:

The length of her dress and position of the perfume bottle drew attention to her sexuality. Because of that, along with her appearance, we considered the ad could be seen to sexualize a child.

They argued that the ad was likely to cause “serious offense,” while the maker of the perfume continues to stand by their advertisement, saying that “the image was provoking but not indecent.”

Well, what do you all think? Is this photo too suggestive, racy, and/or distasteful? Below are two other photos from the shoot. Speaking of racy photo shoots, check out Tyler Shields’s new photo shoot with the cast of ABC’s Revenge HERE. 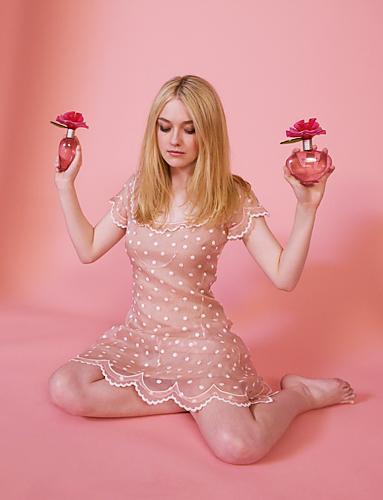 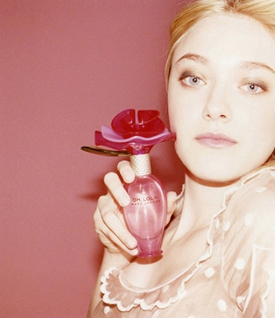