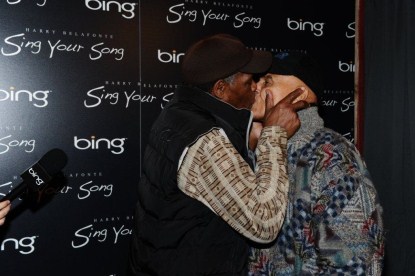 Bing Bar was home to some of Sundance’s biggest events last night as Bing hosted the cast dinner for Harry Belafonte’s “Sing Your Song,” the official cast party for “My Idiot Brother” and an exclusive performance by Florence + The Machine.   Danny Glover stopped by to support his old friend Harry Belafonte and planted a smooch on his lips to congratulate him on his film. Meanwhile, Paul Rudd, Elizabeth Banks, Hugh Dancy, Emily Mortimer and Rashida Jones celebrated their film “My Idiot Brother” with a slew of A-list friends including Paul Giamatti, America Ferrera, Chelsea Lately and Emma Roberts.   The night was taken to another level when Florence + The Machine took the stage, causing the Bing Bar (and guests including Shaun White and Jaime King) to shake to the beat of her hit “Dog Days Are Over.”