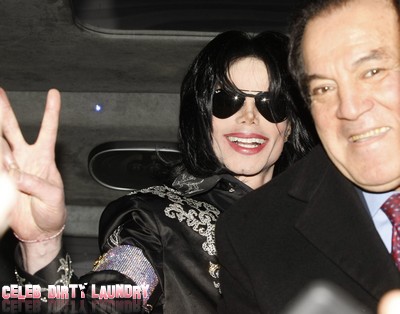 Dr. Conrad Murray violated the medical oath to do no harm by providing Michael Jackson with deadly Propofol for two months prior to his death, says DEFENCE witness Dr. Paul White. You know Dr. Murray’s case is in shambles when his own defence witness says that he violated an accepted standard of medical care by providing Michael Jackson with the anaesthetic, Propofol at his home

Dr. Paul White claims the decision made by MJ’s personal physician – who is on trial for the involuntary manslaughter of the singer – to provide him with Propofol for two months before his death was very possibly life threatening and at the least violated the oath to do no harm.

Speaking in court today he said: “Without careful bedside monitoring, it could be dangerous.”  A prosecutor responded: “Could it result in death?”

Dr. White added: “If the infusion somehow came opened up widely, certainly you could achieve a significant effect that could result in cardiopulmonary arrest.”

However, prosecutor Deputy Dist. Attorney David Walgren was quick to question him.

He said: “Have you ever administered Propofol in someone’s bedroom?  Dr. White responded: “No I have not.”

The prosecutor responded: “Had you ever heard of someone doing that prior to this case.”  He added: “No, I had not.”

Walgren then went on to question the 20 minute delay in calling for emergency services.

Dr. White said: “He was probably very anxious and in those situations, it is very stressful for anyone.”

Later, he added Murray was likely just doing a job he was “requested” to do, following on from Michael’s asking several physicians to provide him with assistance with his chronic insomnia.

He said: “I think he was providing a service to Mr. Jackson which he had requested, in fact insisted upon.”

Michael Jackson might have requested anything at all – but no doctor worth his licence does what a patient asks if it is deadly dangerous.