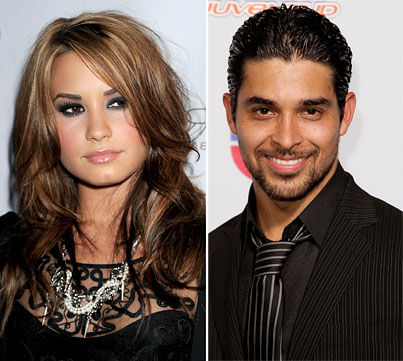 Demi Lovato and Wilmer Valderrama have been observed being very affectionate towards one another on several recent dates fueling speculation that the couple are getting very serious.

Demi took a break from her amazing singing and acting career to attend an unnamed clinic in the US state of Illinois to be treated for “emotional and physical issues.” Since her release last month she and Wilmer have been on several dates, including a trip to the cinema as well as doing their weekly food shopping together at Whole Foods.

According to gossip blogger Perez Hilton, Demi, 18, and 31-year-old Wilmer – who has previously dated Lindsay Lohan – have been very affectionate with each other in public and their relationship is growing stronger by the day.

The pair were first linked to each other late last year but couldn’t take things further as Demi checked into rehab soon after.  Demi entered the facility voluntarily at the beginning of November after an incident in which she allegedly punched backing dancer Alex Welch.

In December, Demi settled her dispute with the dancer by giving her a sum of money in compensation.  A friend said at the time: “It’s not even close to $100,000. Way, way less than $100,000.  Alex never expressed dissatisfaction with the settlement.  I think she was just ready to just move on.  She’s happy and moving past the situation and moving forward positively.”

Demi is now back at home with her family in Los Angeles and last week returned to the recording studio.