Demi Lovato Has A New Boyfriend! 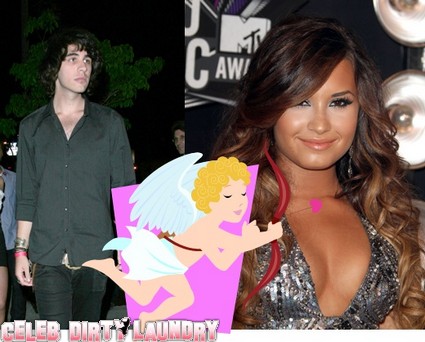 Demi Lovato, 19, has a new boyfriend.  Demi is dating Kiss singer Gene Simmons and Shannon Tweed’s son musician Nick Simmons, 22.   The two were caught out and about on the weekend and there was some serious PDA going on.   A new love in her life could just be what Demi needs.   In October 2010 entered a treatment facility to treat physical and emotional issues. Demi explained about her problems saying she: “basically had a nervous breakdown”,[17] and was also diagnosed with bipolar disorder during her treatment.”

She is now doing better and is very vocal about her problems trying to help other who may be suffering the same way she did.   So it is nice to see Demi happy and Nick seems like a nice fellow.

Nick’s parent’s Gene and Shannon are getting married next month and I wonder if Demi will be his date.  Nick appears on his family’s reality show Gene Simmons Family Jewels.  I have watched the show a couple of times and Nick seems like a great fellow and really laid back.  I am sure he is just what Demi needs!