Denise Richards Fears For Her Life 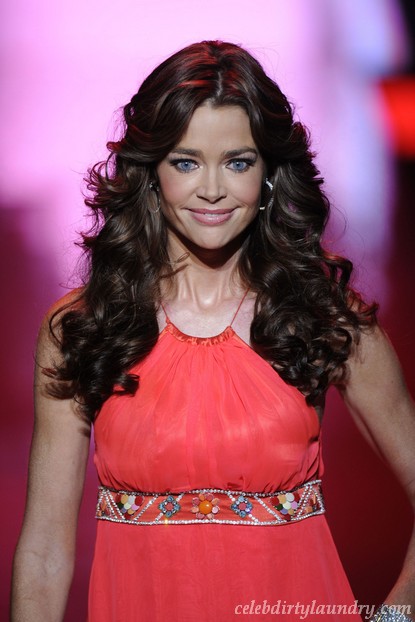 Charlie Sheen is apparently at war with ex-wife, Denise Richards — and now it’s getting serious!

It all reportedly started with Denise’s refusal to allow Charlie to have their daughters, Sam and Lola, on one of his televised interviews. Then, she came back to his place to retrieve her Pug and he unleashed a vile attack on her.

He took to Twitter to say, “We must bombard with Warlock Napalm, that traitor and loser whore #DUH-neese POOR-ards. a vile kidnapper and now dog thief. hate. SBW c”

Now, we’ve heard that Denise is actually taking extra security precautions, because she fears for her life. A source said, “Denise and her girls live a simple life. She wants Sam and Lola to have normal lives, but after the recent threats and verbal attacks, she has increased her security. When you are dealing with a mad man, it’s better to be safe than sorry.”

The source went on to say, “How Denise has managed to keep all this secret for so long is a miracle. If Charlie is willing to put those evil tweets out in public, you can only imagine what he has called Denise in private. Denise has learned how to deal with the name calling, but once you start tweeting pictures of yourself with knives and saying you wished someone would die, it’s a totally different game.”

The snitch added, “Denise is no longer angry — she’s scared.”

Obviously, if anything happens to her, the finger will be pointed in his direction. Don’t you think?