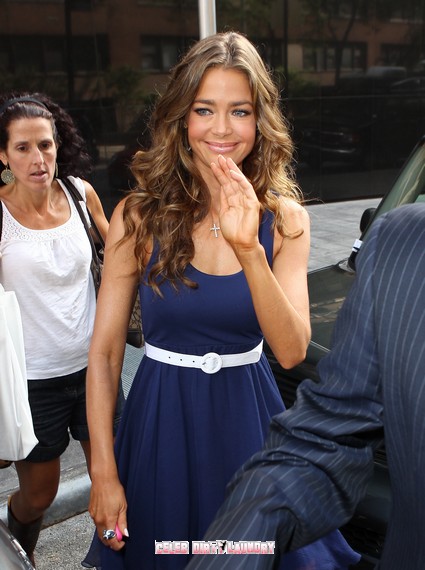 Denise Richards has revealed she had a lesbian love affair with a “beautiful” Hollywood actress who she insists was a well-known star.  Denise, Charlie Sheen’s ex-wife and mother of 2 of his children, Sam, seven, and six-year-old Lola was being interviewed by shock jock Howard Stern when she admitted to a sexual affair with another woman.

Denise says, “I just met her through friends and work and stuff… I was just curious. We were curious. She was a girly-girl. She’s beautiful. You would know who she is.”