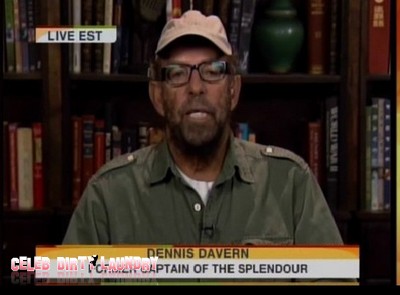 Lana Wood, Natalie Wood‘s sister, says she never believed Robert Wagner‘s version of the events that led to Natalie’s death and she is certain that Wagner wasn’t honest with cops when they interviewed him after what is now a homicide. This in conjunction with the captain of the Splendour, Dennis Davern saying this morning on ‘Today’ that he thinks Wagner is responsible for Natalie’s death does not auger well for the star.

What was ruled the accidental death of Natalie Wood 30 years ago has been re-opened as a homicide investigation and her husband Robert Wagner is looking like the prime suspect!

Lana says she believes Robert wasn’t honest with the police when they interviewed him about Natalie’s death.

Lana is not buying the story that Natalie was trying to secure a dinghy and fell overboard because her sis was deathly afraid of water to the point she wouldn’t even go in her own swimming pool.

Lana says Sheriff’s detectives have interviewed her about the case and they specifically wanted to know if the relationship between Natalie and Robert was “volatile.”

Dennis Davern, the man who captained the boat the day actress Natalie Wood drowned, said this morning that Wagner was “responsible” for her death. This morning on “TODAY,” Davern admitted he did “lie on a report several years ago.” When asked if he thought Wagner was responsible for the death of Natalie Wood, Davern responded, “Yes, I would say so. Yes.” See the video below.

Now add what Lana said to the statements of the Yacht’s captain and you’ll see that Wagner is in trouble, serious trouble.