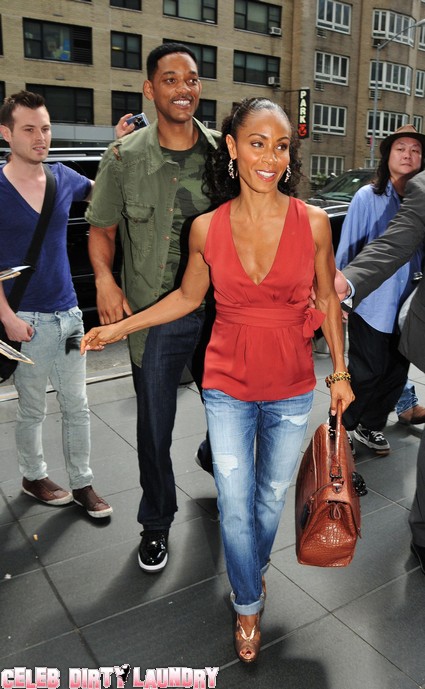 Will Smith and his wife, Jada Pinkett Smith, claim to have an open marriage – but does that include Jada having sex with Marc Anthony?

In a shocking report we learn that Will had become increasingly suspicious about the friendship between Jada and his supposed pal Marc. Jada and Marc co-star in the medical drama HawthoRNe and Will really started to freak out after Marc’s split from J-Lo in July.

It’s claimed that Will was so worried he left the ‘Men In Black III’ set to make a surprise late-night visit to his home in Hidden Hills, California.  He allegedly stormed into the house, then came out crying after learning that Marc was with Jada.

Adding fuel to the fire is the story circulating that Will and Jada have been living separately for several months, with her at Hidden Hills and him in Malibu.

Further evidence is Jada’s own statement concerning her on-set chemistry with Marc, describing their sex scenes as ‘a perk -cheating without cheating.’

Of course the couple deny all this coming out with the following statement: ‘The rumours about our relationship are completely false. We’re still together and our marriage is intact.’

Time will tell us the truth.