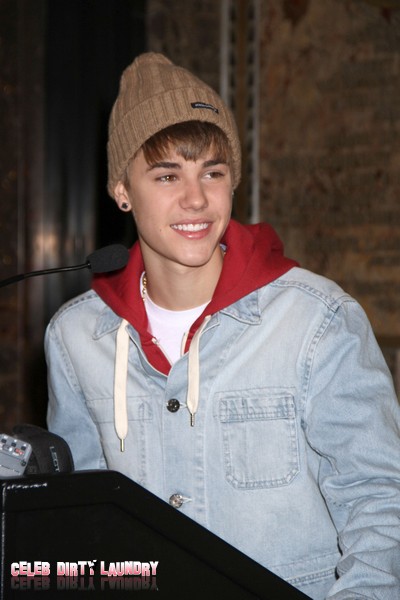 According to Justin Bieber‘s manager, Scooter Braun, Justin was scheduled to take a paternity test today in order to prove he is not the father of Mariah Yeater’s baby. Scooter told ‘Extra’ on Thursday night: “He’s ready to take a paternity test, at any moment. We have one scheduled for tomorrow. [Justin] doesn’t mind. He’s like ‘I’m just going to go ahead of it and be fine.'”

Justin denies ever meeting Mariah Yeater, let alone being the father of her four-month-old son, and wants to prove his innocence by undergoing DNA testing.

While Mariah has dropped her lawsuit, her new high-powered lawyer, Jeffrey Leving, has stated they plan to pursue the matter privately.

Leving said this week:  “She believes Justin Bieber is the father. Right now there’s no more interviews for Mariah Yeater, I’m not going to allow that. Secondly, negotiations are going on right now with Bieber’s council and we’re trying to negotiate a private, secure DNA test with the same safe guards that would exist if there were a court order, but without a court order. The case is completely out of control and I don’t want something terrible to happen to my client or her child.”

While Leving is till threatening Bieber, Scooter hinted that the Bieber team is able and willing to take legal action against Maria over her false claims.

He said: “We’ve never even seen the lawsuit, but we’re going to just get ahead of this thing and go right after it. I think it’s important to hold people accountable for their actions.”

Justin hopes that if they take action against Mariah, it will deter other people from making similar claims in future.

He said: “We don’t want it to seem like it’s OK for everyone to say, like, ‘I had Justin’s baby or having his baby.'”

Justin previously revealed he was happy to take a DNA test to prove his innocence but insisted he would not “waste” his time meeting his accuser face-to-face because her fabricated claims were vindictive.

He said: “All this stuff is dealt with by my legal team. But if they want me to (take a paternity test) then I will.”

When asked what he would say to Mariah if he could meet her, he said: “Nothing, I wouldn’t waste my time. I guess [she’s done this] for attention, but it’s not something I am interested in. These people are not worth my thought or time.”